With this Portable Translator, you can now travel the world with 70 languages in your pocket! It recognizes what you say and speaks out the translation with 98% accuracy. Perfect for meetings, learning, and communication in foreign countries.

DEALS OF THE DAY

Traveling around the world is on most people’s bucket list and that is understandable. Especially because the little corner of the world where you are cannot possibly have all the wonders of this big, beautiful world. So you travel.

But, you will not be smiling when you go into a thick Japanese village with your rusty Japanese and request for a plate of scorpions and cockroach brains instead of sushi!

It’s 2019! You should not be making such mistakes. Not when you can own this Instant Voice Language Translator and communicate effortlessly in over 70 different languages from all around the world! 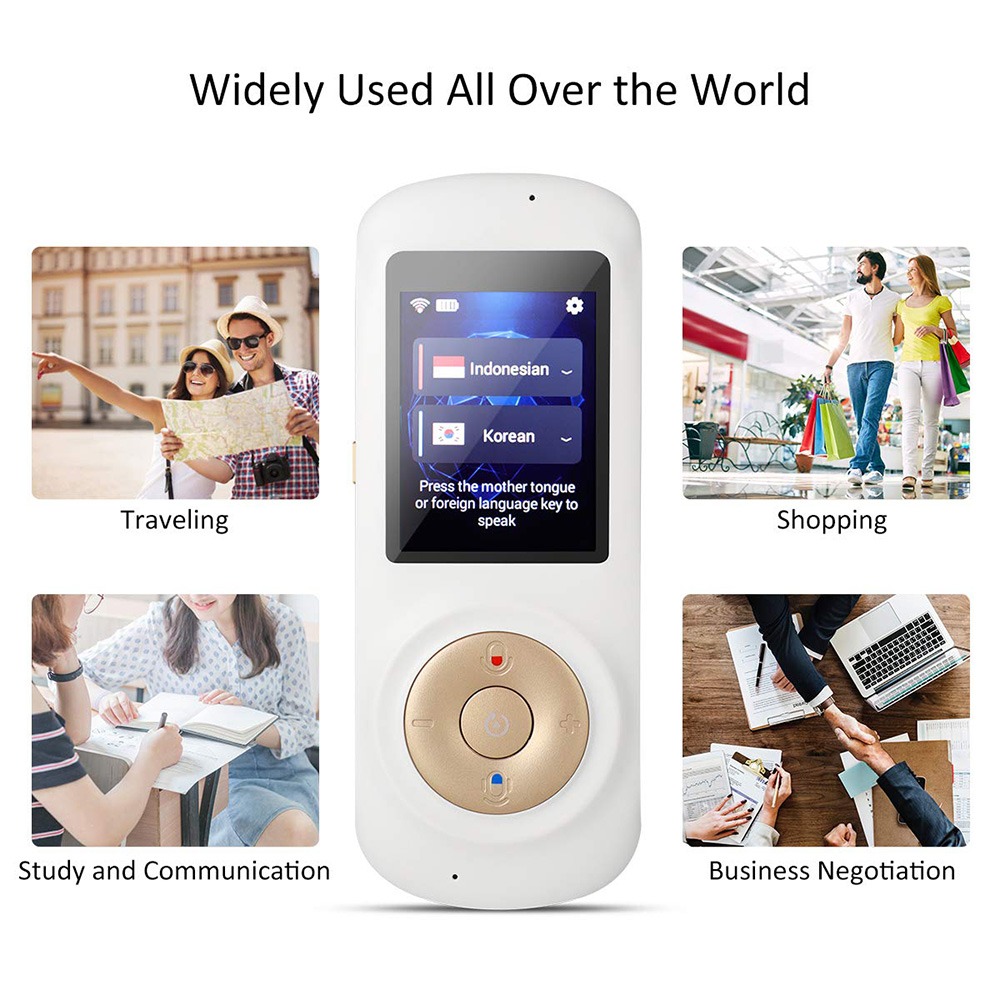 Operated with WiFi, the language translator translates voice by audio in real time because of its fast response speed. It also displays the text translation on the screen. This could come in handy when you need to communicate with hearing disabled people.

With 98% accuracy and covering 70 languages, the Instant Voice Language Translator does a two-way translation. So, while you speak in Russian, for example, your Japanese waiter or housekeeper can respond in Japanese and everyone is happy!

It has a very sensitive microphone and uses intelligent voice filter technology that ensures that you hear the translated language loud and clear. 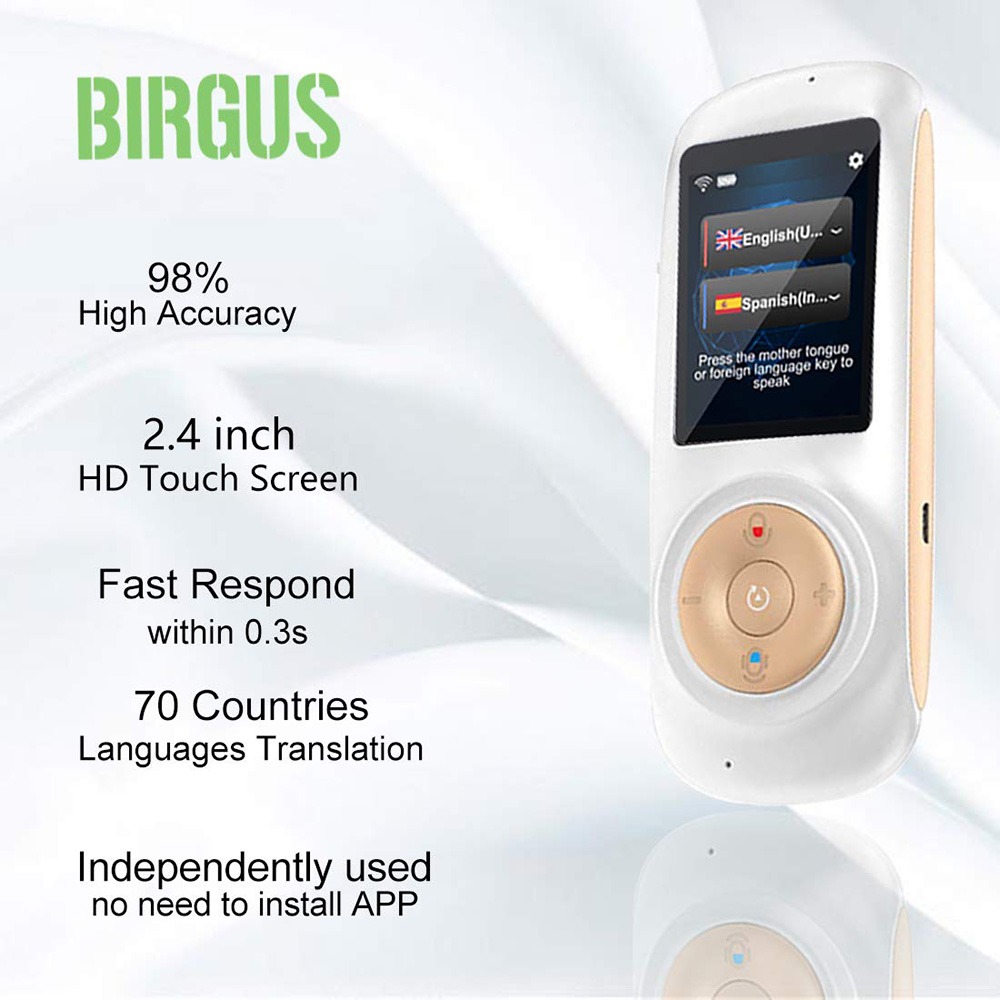 To use the language translator, you do not have to install any application on your phone. Simply connect the device to WiFIi and start using it. The device has a very simple interface with clear visually labeled buttons. 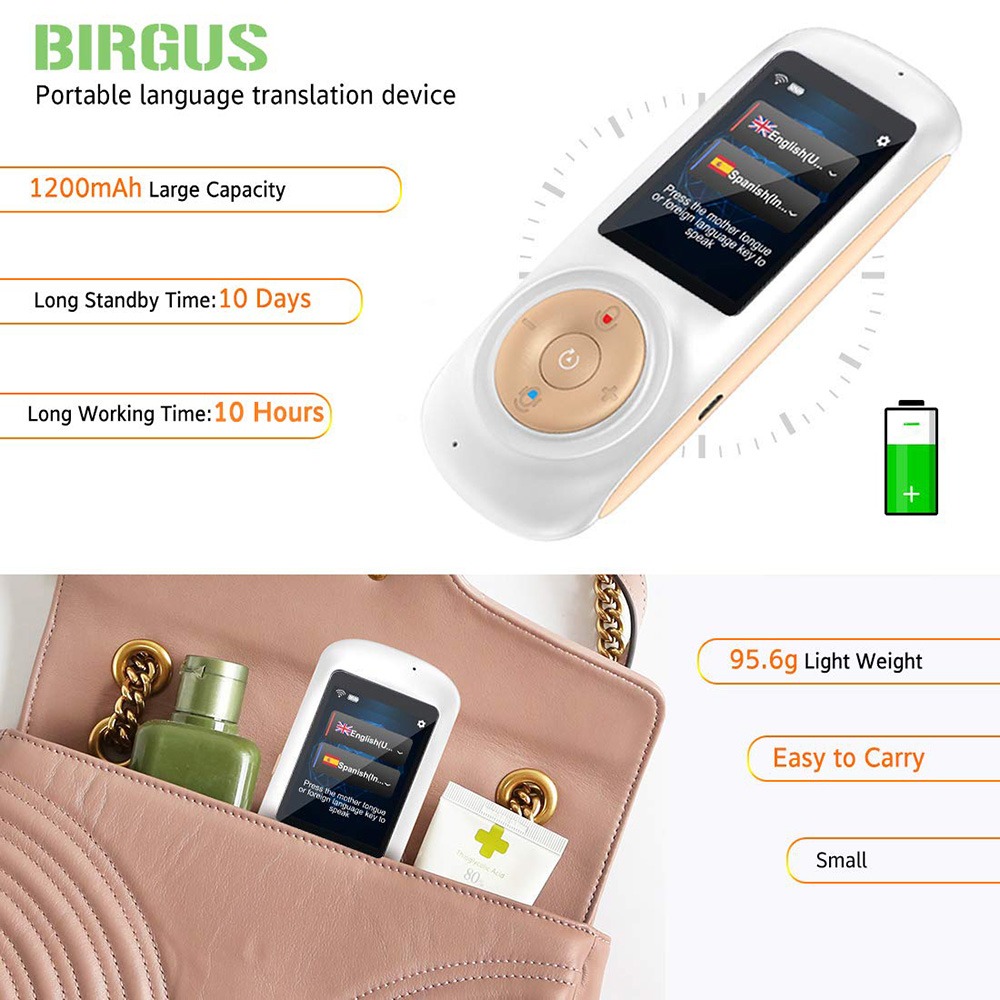 The Instant Voice Language Translator has a 1200mAh battery capable of lasting a whooping 7 days on standby and 8 hours on continuous use. It is easy to carry around because of its small size and lightweight. 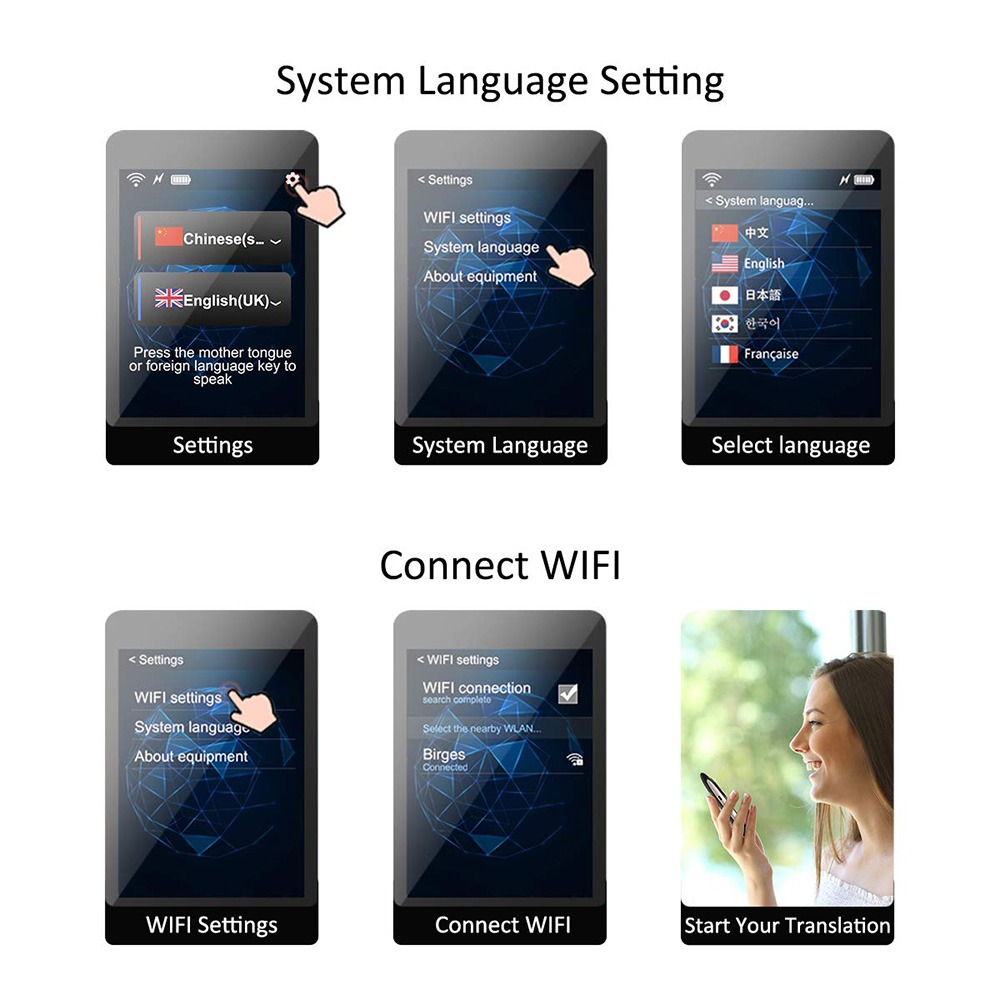 For business meetings, traveling, studying, shopping in foreign countries, and even learning foreign languages, this device is an amazing companion. 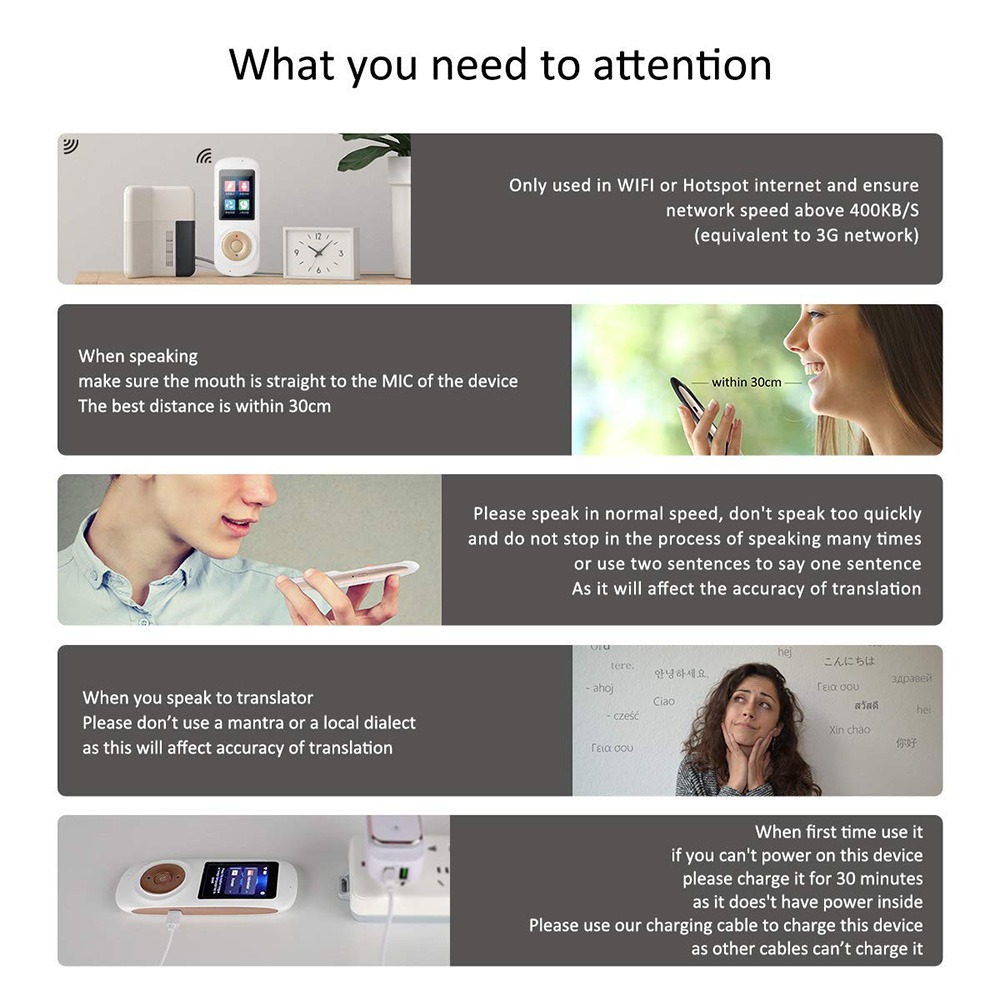 Here are a few more gifts your traveler friends may love.

There are no reviews yet.